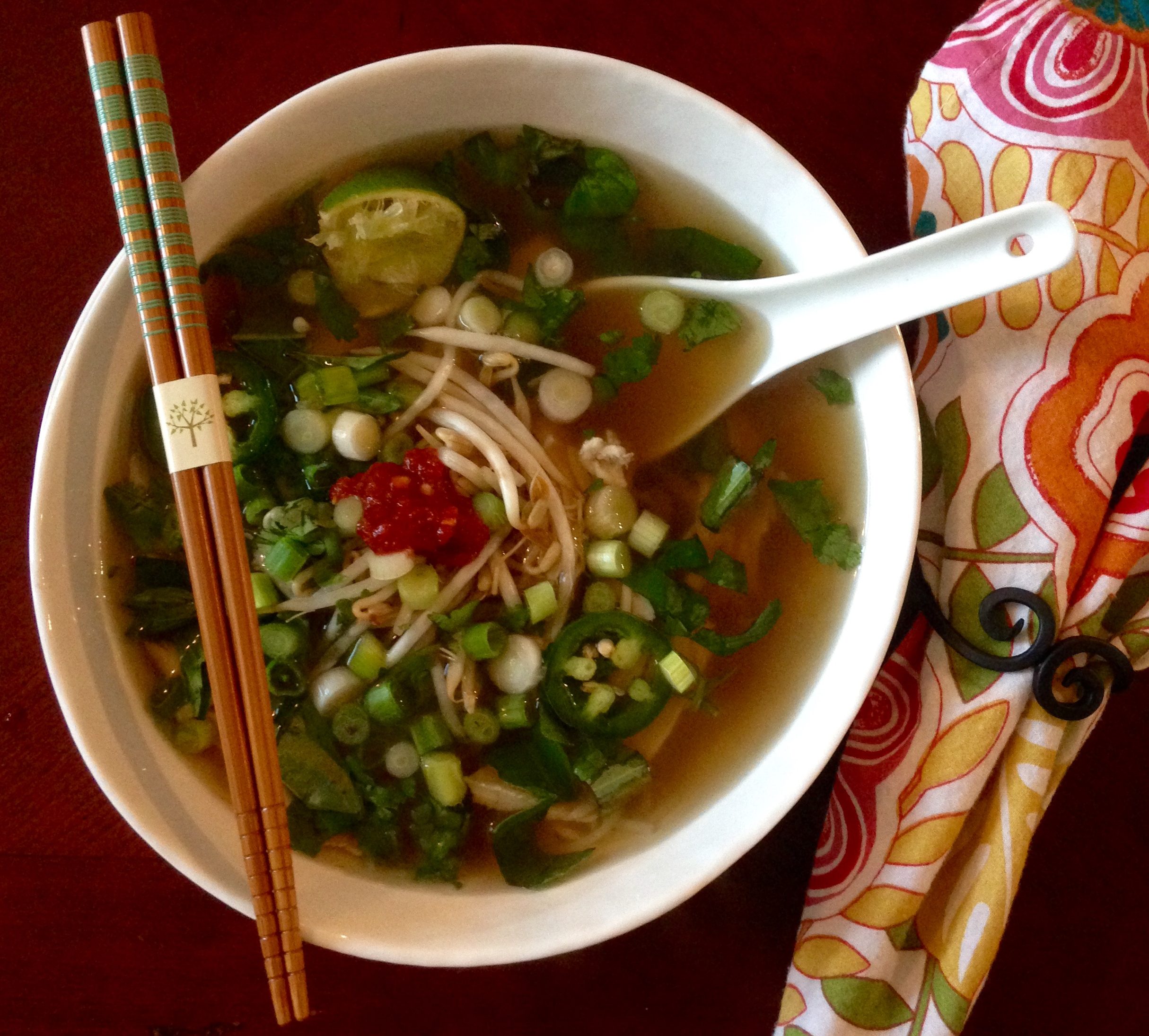 My favorite part about living in Colorado?

Nearly half a year of hot, hearty comfort food.

I’ll be honest: When it comes to seasons, I’m definitely a summer girl (cue LFO). But in the kitchen, I’m all about those winter foods: sweet potatoes, Brussels sprouts, grapefruit, cauliflower, eggplant, and squash. The meals that those ingredients lend themselves to—risotto, roasts, stews, and such—are also some of my favorites.

Boulder is three snows deep for the season, and Will and I are churning out about two soups per snow. Our lineup so far has included broccoli cheddar, minestrone, French onion, beef and vegetable, chicken tortilla, tomato basil, and the star of this post: pho.

Technically a breakfast food in Vietnam, pho is one of the most comforting meals I know of for a chilly day. It’s also a texture-lover’s dream. It begins as a bowl of steaming broth, still-cooking rice noodles, and thin strips of meat. On the side is a platter full of garnishes ready to transform the soup: Thai basil, mint, cilantro, jalapeño slices, mung bean sprouts, and lime wedges. The idea is to add the accompaniments little by little so that, as the noodles soften and broth cools, you’re never without a flavorful, crunchy contrast. 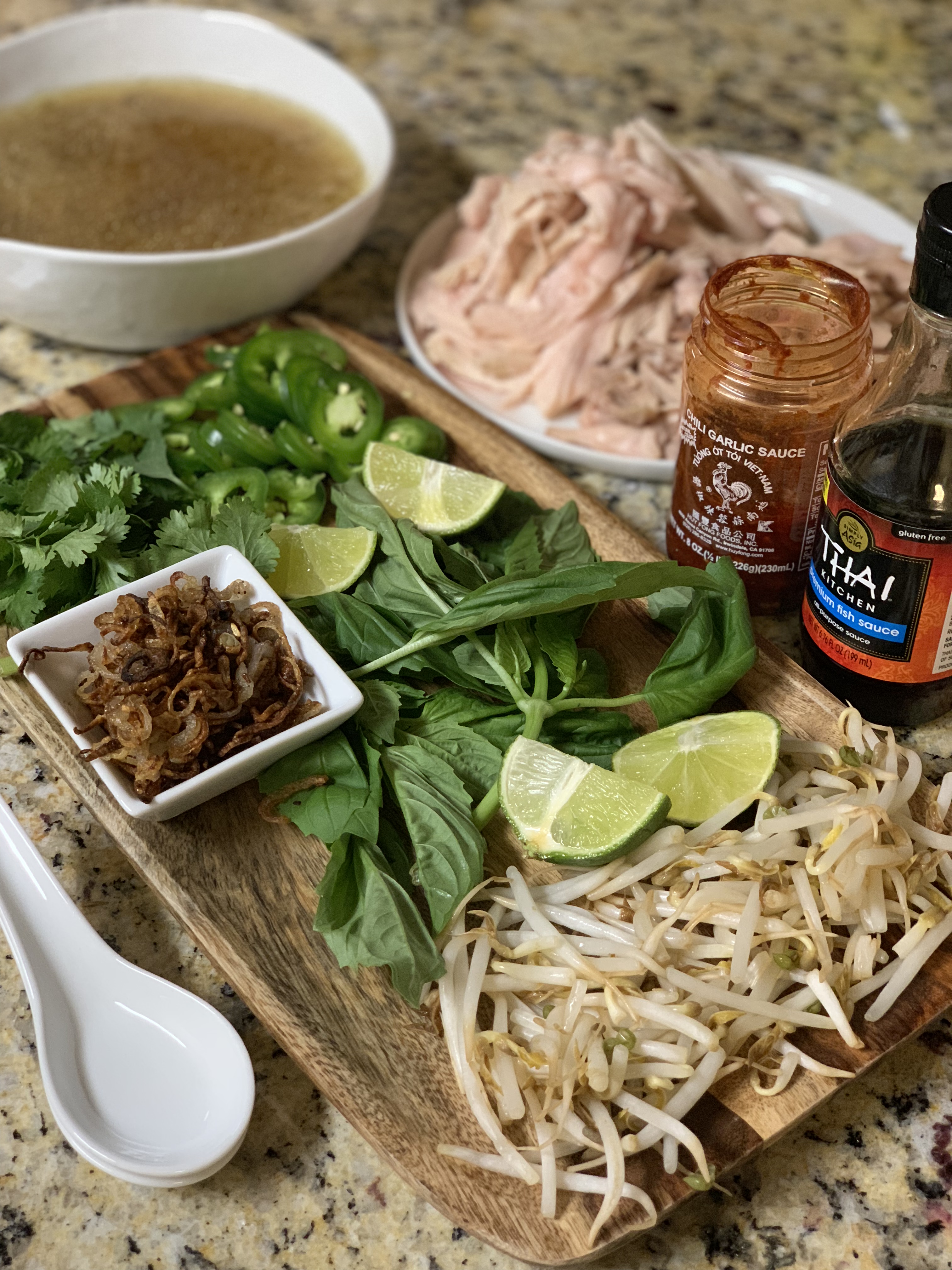 We’ve been to several awesome pho restaurants in the last few years; Hà VL in Portland, Oregon; Pho Duy 6 in Broomfield, Colorado; and Huynh in Houston, Texas are at the top of our list. But I have to say that the pho we make ourselves is unbeatable. There’s just something about preparing a meal from scratch and enjoying it in the comfort of our own home. The price tag and leftovers don’t hurt either!

Our pho is an adaptation from Charles Phan, chef-owner of The Slanted Door in San Fran and author of Vietnamese Home Cooking. My one recommendation: If at all possible, make your own broth. It’s simple (food scraps + water), it’s nourishing, and it’s the most important ingredient by a long shot. 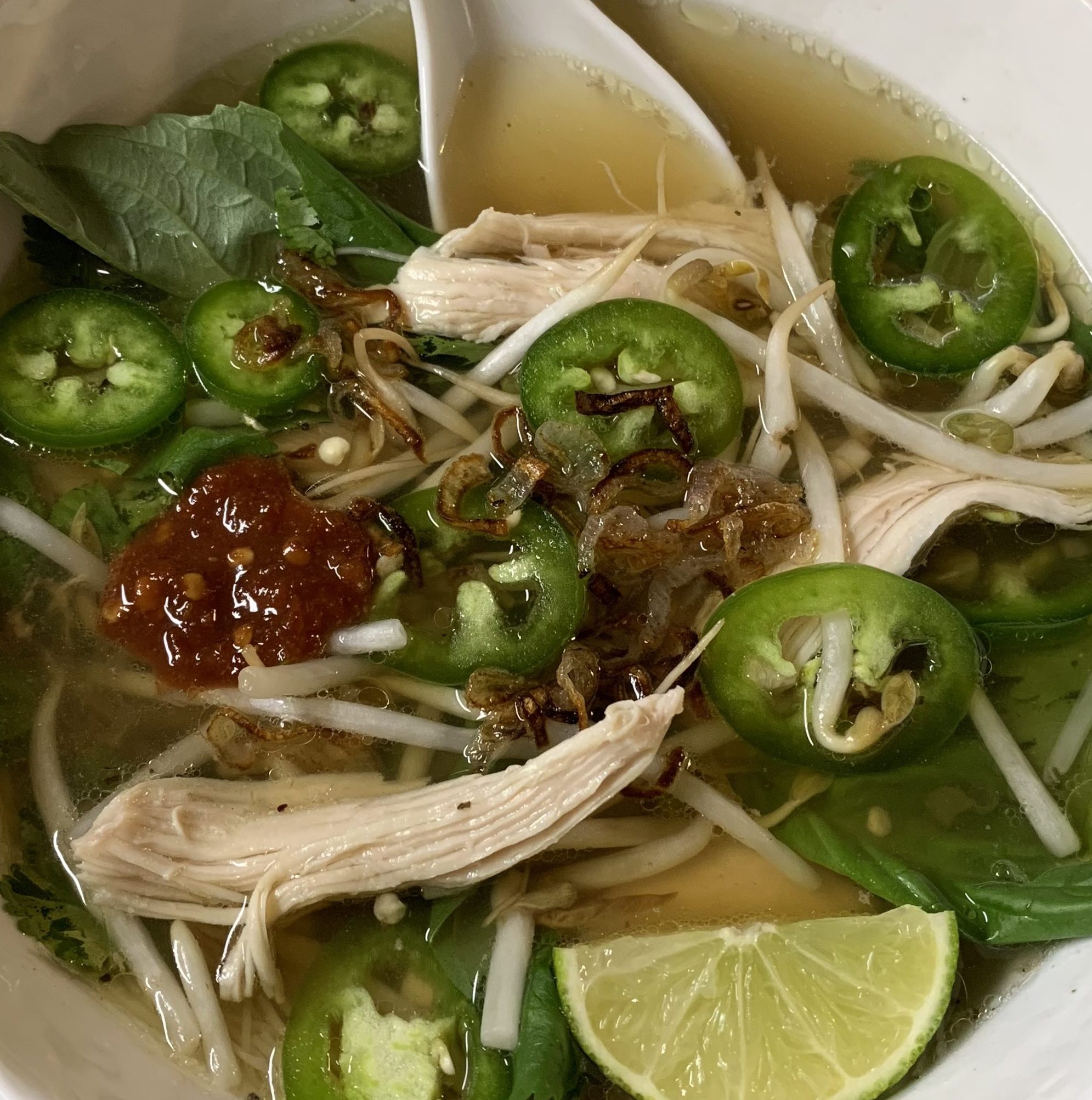